The Days Fly By 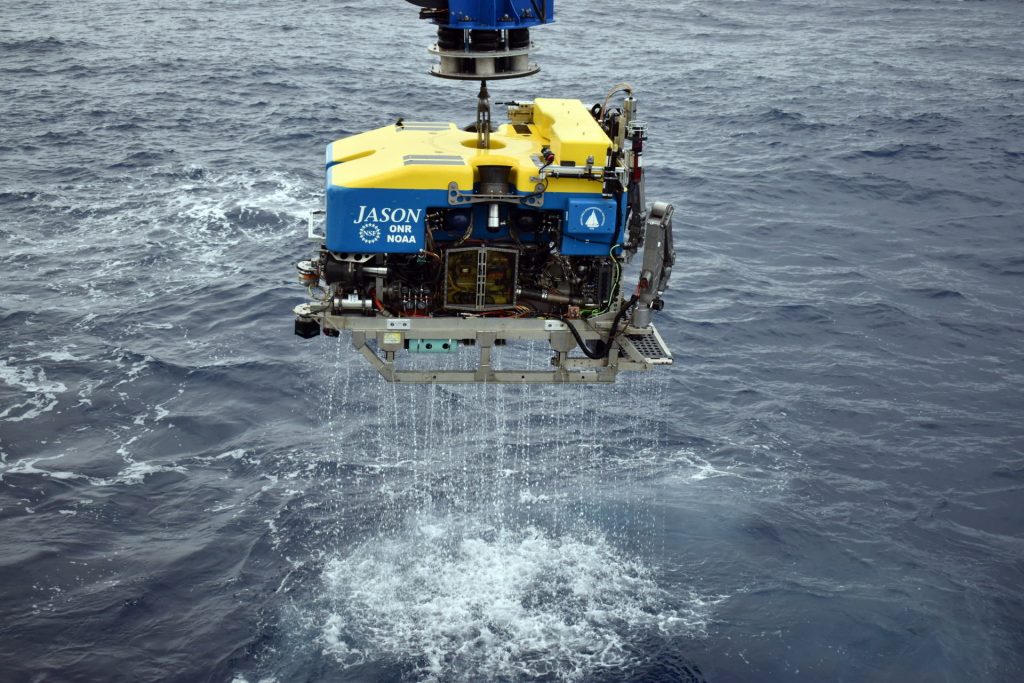 The days are flying by for the 2020 Regional Cabled Array maintenance cruise – the end is almost in sight. This year, the R/V Thompson has gained a few additional passengers, including a beautiful Cedar Waxwing that is being well taken care of by the RCA team. Myriad birds commonly get blown out to sea during storms: some find homes aboard passing vessels. We hope that this wee one will stay with the ship until the return to port where it can join its terrestrial friends again. In addition to seeing a variety of sea and land birds, the team has also been visited by passing whales.

Operations to be completed over this next week include those currently ongoing at Southern Hydrate Ridge, where methane bubbles explode from the seafloor. Here, flow meters measure ingress of seawater into the subsurface and egress of methane-rich fluids through the sediments and into the overlying water column supporting novel microbial communities, chemosynthetic clams, and worms. This area also hosts a variety of other animals including beautiful soft corals, eel pouts, rock fish, neptunea snail nurseries, crabs and a variety of other fish that call this place home.  The summit of the ridge is remarkably dynamic with huge changes in seafloor topography (large collapse pits form, new hummocks underlain by methane hydrates, fissures, and small slides into the pits), microbial mats migrate based on changes in seep locations, and the methane plumes that rise >1000 ft into the overlying water column change in intensity and locations on hourly to daily time frames.

In addition to the OOI-NSF-funded core infrastructure at this site, Drs. G. Bohrman and Y. Marcon at the University of Bremen have a long-term program with us through the German Federal Ministry of Education and Research, which has augmented the OOI cabled infrastructure with two advanced multibeam sonars, one of which scans the entire summit for methane plumes. They have also provided a 4K camera and CTD. This year, at least two of the instruments will be recovered for refurbishment over this next year and reinstallation in 2021 during our annual maintenance cruise. Other work includes installation of a benthic experiment platform, and recovery of a benthic microbial fuel cell developed by Dr. C. Reimers at Oregon State University funded by the Office of Navy Rearch, and sediment sampling using push cores.

One of the great joys of being at sea is being able to see clear to the horizon and watching the daily changes in sea state and the oceans’ color, beautiful sun rises and sunsets, and on the clearest of evenings the illusive green flashes – yes, they really do occur! During breaks in the long work days at sea, it is always a gift to see the striking skies and moon-lit nights.