The 2021 Field Season Comes to an End 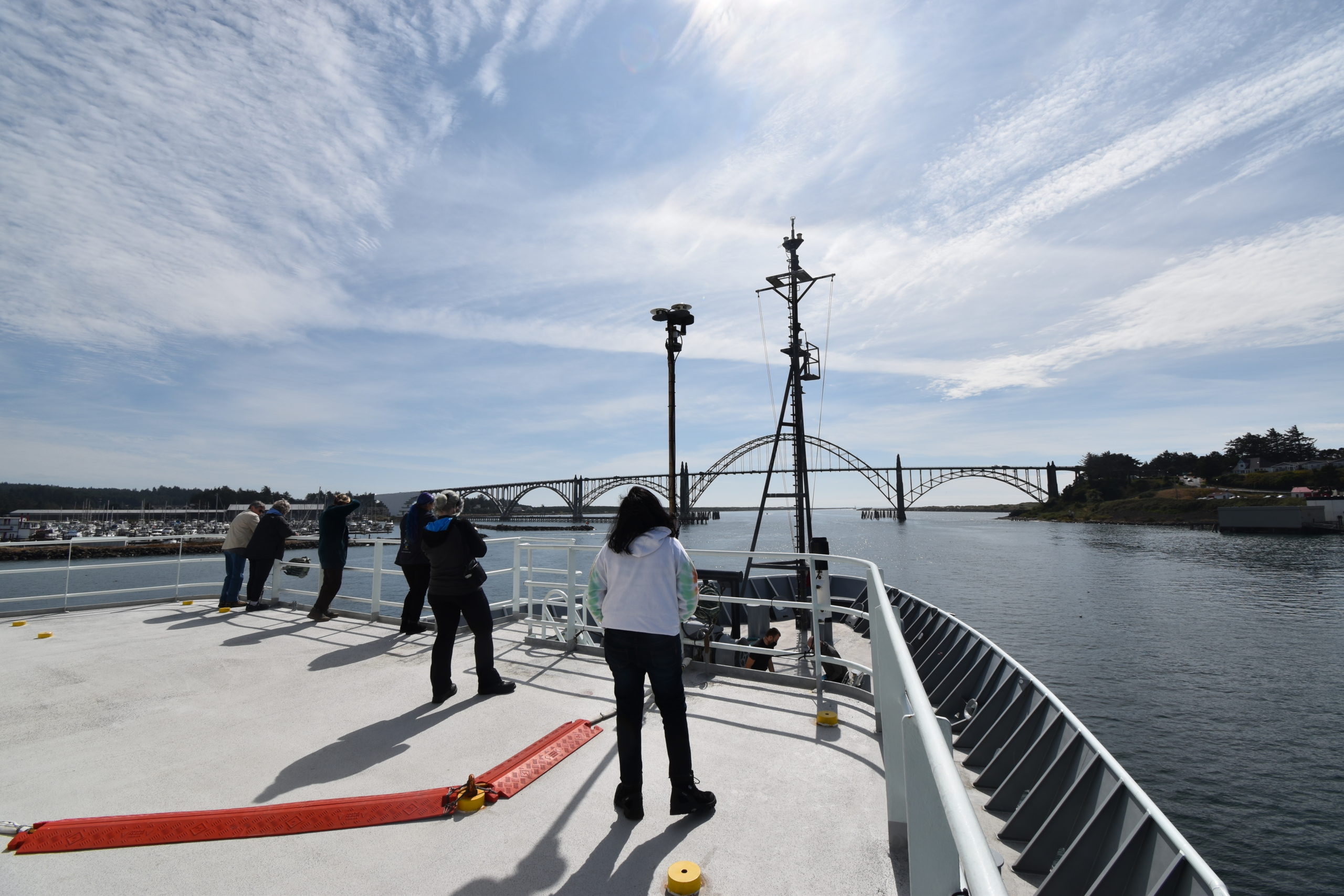 This summers’ Regional Cabled Array (RCA) 37-day expedition was one of the most complex of the seven annual Operations and Maintenance cruises to date. Not only was the expedition impacted by COVID restrictions, but it also included four Legs, a full contingent of RCA engineers, scientists, students, and the Jason team, as well as coordinated ship operations with the R/V Thompson, the IT Integrity cable support ship, and the Ocean Exploration Trust ship the E/V Nautilus. However, thanks to the hard work of the RCA staff, and amazing support from the R/V Thompson (Captain Dave Vander Hoek) and ROV Jason teams, (Expedition Leads Ben Tradd and Mario Fernandez) the expedition was highly successful with the completion of all scheduled tasks…and more. The expedition was led by Chief Scientists Mike Vardaro (Leg 1) and Orest Kawka (Legs 2-4), and Co-Chief Scientists James Tilley (Legs 1-3), Wendi Ruef (Leg 1 – this was the first time Ruef has sailed as a Co-Chief Scientist), Mike Vardaro (Leg 2), and Katie Bigham (Leg 4). Katie will receive her Ph.D. in 2022 from the University of Wellington, NZ. This cruise provided her a strong early career foundation for becoming a future Chief Scientist. James Tilley was the lead engineer and Larry Nielson led shore support.

COVID safety protocols significantly increased cruise complexities, which included the verification of full COVID vaccination status for all ship and science party members, ensuring that all participants sheltered-in-place, and the arrangement of COVID tests spanning both Washington and Oregon testing sites. The RCA team is highly appreciative of the exceptional support that the UW Marine Operations group provided to ensure our safety, the dynamics of crew changes, and modification of dock-side logistics in response to IT Integrity and E/V Nautilus operations.

Highlights: During the four Legs, just over 200 RCA Core and PI instruments were recovered/deployed, the Platform Interface Assemblies and Science pods on all three Shallow Profiler Moorings were turned, Deep Profiler vehicles were turned at the Oregon Offshore and Axial Base sites, and the Deep Profiler mooring was turned at Slope Base. Of particular note, the southern cable line was repaired, resulting in the return of full operational status for Primary Nodes PN1C and PN1D, providing communications and data flow once again to/from the Oregon Offshore and Shelf sites.

Over the 37 days of staging, mobilization, and demobilization for the four Legs, twenty 48 ft trailers transported 394,000 lbs of RCA equipment to and from Seattle, WA and Newport, OR. Onboard staffing included twenty-one RCA scientists and engineers, 13 ROV Jason crew, 16 students, 1 postdoc, and an artist, as well as two research scientists.  During the 30 at-sea days, including two to aide in the recovery of the Ocean Exploration Trust ROV Hercules and Argus vehicle from the Endeavour Segment of the Juan de Fuca Ridge, the R/V Thompson transited ~1775 miles, 49 Jason dives were completed (J2-1338 to J2-1387: Table 1) traversing a total of ~ 125,000 meters of the water column, seven CTD casts with water sampling were completed spanning maximum cast depths of 200 m to ~ 2900 m, and two EM302 bubble plume surveys were conducted over methane seep sites at Southern Hydrate Ridge and Pythias Oasis.  Finally, a new, highly active methane seep area was discovered east of the novel Pythias Oasis vent site, which has been continuously venting since its discovery in 2014.

PN1B: During Legs 1 and 2, significant and dynamic coordination was required to ensure that the R/V Thompson and C/S Integrity operations (lead by APL Engineer Chuck McGuire) were tightly coupled and that shore cranes and trucks were in place for mobilization and demobilization of both the RCA cruise gear and that associated with the recovery-repair of Primary Node PN1B.

Three dives (August 5: J2-1342, and August 10-11: J2-1342, and J2-1354) were dedicated to disconnection of cables, preparation of PN1B for recovery (Figure 1b), and recovery of a ½ frame deployed by the Integrity, which was utilized for installation of the recovery line. The R/V Thompson-ROV Jason operations went well. Although the replacement PN1B installation could not be completed, the cable Segments 2-3 were joined and then successfully installed on August 23 – reinstating power and communications to Primary Nodes PN1C and PN1D. Unfortunately, the Southern Hydrate Ridge site will remain offline until next year, when PN1B can be reinstalled. However, joining of the segments allowed 76% of the instruments to go live again that had been offline since August 2020, as well as the Shallow Profiler and Deep Profiler moorings and BEP at the Oregon Offshore site, and the BEP and other seafloor instruments at the Oregon Shelf site.

VISIONS’21: Once again, live streaming of video and updates on the cruise were provided on the interactiveoceans website as part of the UW- RCA VISIONS’21 engagement efforts and highlights were provided on Instagram and Twitter. The 16 undergraduates that participated on the cruise worked four hour shifts in the ROV control van, they learned how to process and analyze CTD samples, and they helped with cleaning of recovered RCA equipment (a big hit) . Their enthusiasm permeated the team and their hard work contributed significantly to the cruise. We were grateful to have a resident watercolor artist onboard (Cathe Gill) who shared aspects of the cruise and seafloor and biological observations through her eyes.

The students shared their experiences through blogs and for many it changed their lives – a few examples of their impressions:

“I found this to be a once in a lifetime opportunity and [it] offered me a broader perspective of how much preparation and consideration goes into the planning and execution of the research projects being facilitated through the OOI VISION’s expedition. It opened my eyes to the full circle of science.”

“This has truly been one of the coolest experiences I’ve had …. after 4 quarters of zoom classes and online labs, I’ve been so happy to finally get a feel for oceanographic research out in the field and to work with the instruments I’ve been learning about for a year and a half.”

“As a kid, I watched documentaries about the deep sea and imagined myself descending into the depths with the camera, sometimes sitting in a cardboard box “submarine” that I made. Being here and getting to work in the Jason van feels like accomplishing some part of that dream, and I’m very grateful to have had the opportunity to come on this trip. I’ve also come away with a better idea of how data are collected at sea, and in speaking with the scientists onboard I’ve gained a better understanding of how one goes about getting into the field.”

Externally-Funded Projects: The 2021 program was also another successful field season for turning, and installation, and recovery of instrumentation, and for science programs funded outside of OOI. This work included:

Recovery of the ROV Hercules and Argus Vehicle: On August 26th, the Ocean Exploration Trust ROVs Hercules and Argus became detached from the tether on the E/V Nautilus working east of the Main Endeavour Field (MEF) on the Endeavour Segment of the Juan de Fuca Ridge (2220 m). After a flurry of phone calls and zoom meetings, the R/V Thompson, RCA, and OET (Expedition Lead Allision Fundis) teams came together for a community effort to recover the vehicles. The R/V Thompson transited ~ 10 hrs north to the MEF where there were two Jason dives to facilitate the September 2 successful recovery of the vehicles back onboard the E/V Nautilus. The effort required extension of the RCA cruise by two days, and it was a weary team that pulled back into Newport on September 3. Demobilization was complete on September 4th.