Diving to the Depths Again – Please Join Us 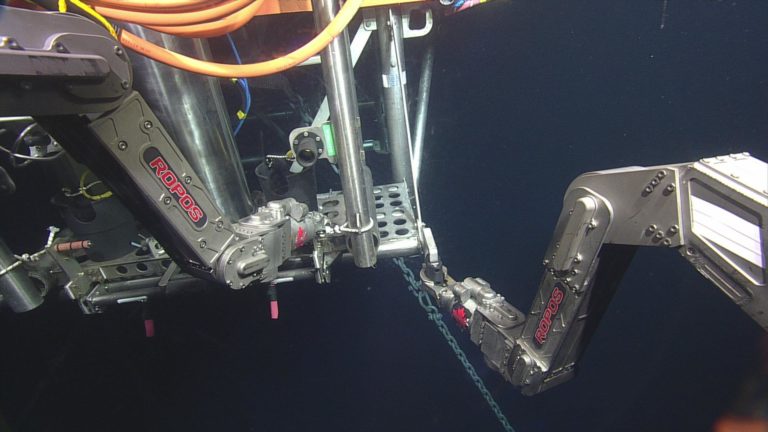 Legs 4 and 5 saw the successful recovery and reinstallation of the Shallow Profiler Mooring at Slope Base, but it was not without a huge 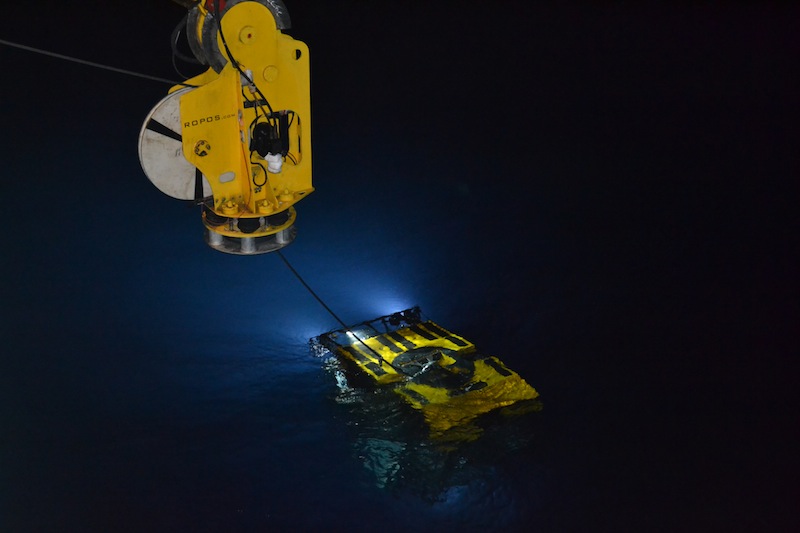 The Regional Cabled Array (RCA) team is full out getting ready for the annual Operations and Maintenance VISIONS’22 Expedition  –  August 5, 2022 – September 18, 2022. The cruise will take place onboard the global class research ship the R/V Thomas G. Thompson hosting the Canadian Scientific Submersible Facility remotely operated vehicle (ROV) ROPOS.  This will be an exciting expedition over the five Legs, involving a highly complex field season with installation of instrumented state-of-the-art science pods on moorings that rise 9800 ft above the seafloor, the recovery and reinstallation of over 200 instruments, and numerous cabled substations on the seafloor that provide power and communications to cabled instruments and moorings located up to 300 miles offshore. Staffing alone includes nearly 180 berths for scientists, engineers, students, and the ROPOS crew over the cruise duration.

This field season will be the eighth Maintenance cruise for the RCA, a component of the National Science Foundation’s Ocean Observatories Initiative (OOI). Thirty undergraduate and graduate students will participate on the cruise as part of the VISIONS at-sea experiential learning program. For most it will be their first time at sea, working far offshore in the NE Pacific. The students, working in the ROV control center shipboard, will get to witness the some of the most extreme environments on Earth – underwater hot springs emitting boiling fluids and hosting novel life forms that thrive off of volcanic gases at Axial Seamount, explosions of methane bubbles issuing from the seafloor at Southern Hydrate Ridge, and some of the most biologically productive waters in the ocean off of Newport, Oregon.

This is an incredibly exciting time for us with only three weeks to go before the cruise. During the course of the expedition, twenty 48-foot trucks will transport ~200,000 lbs. of equipment from the UW to Newport, Oregon and back. There will be over 40 ROPOS dives, reaching depths of 80 m to 2900 m beneath the ocean’s surface. In addition to the maintenance of the RCA instrumentation, numerous dives will be in support of programs funded to researchers outside of the OOI program by the National Science Foundation and the German government. These include the turning of conductivity-temperature-depth instruments in the caldera of Axial Seamount, focused on testing the hypothesis that subsurface brines are flushed from depth as a result of eruptions at Axial; the installation of the first acoustic network to measure deformation of the volcano as melt is intruded from below and subsequent collapse of the seafloor following eruptions; the use of a novel platform on ROPOS to sample hydrothermal fluids to characterize viruses and microbes in the fluids; and maintenance of instruments at the Southern Hydrate Ridge that allow the quantification of methane emissions from the subsurface and changes in biological communities, seafloor topography, and ocean temperature and salinity.

Please join us on this expedition as we stream live video 24/7 from the deck of the ship and beneath the surface as ROPOS descends into the deep and maintains this advanced underwater cabled observatory streaming data to shore at the speed of light for a global audience to explore.