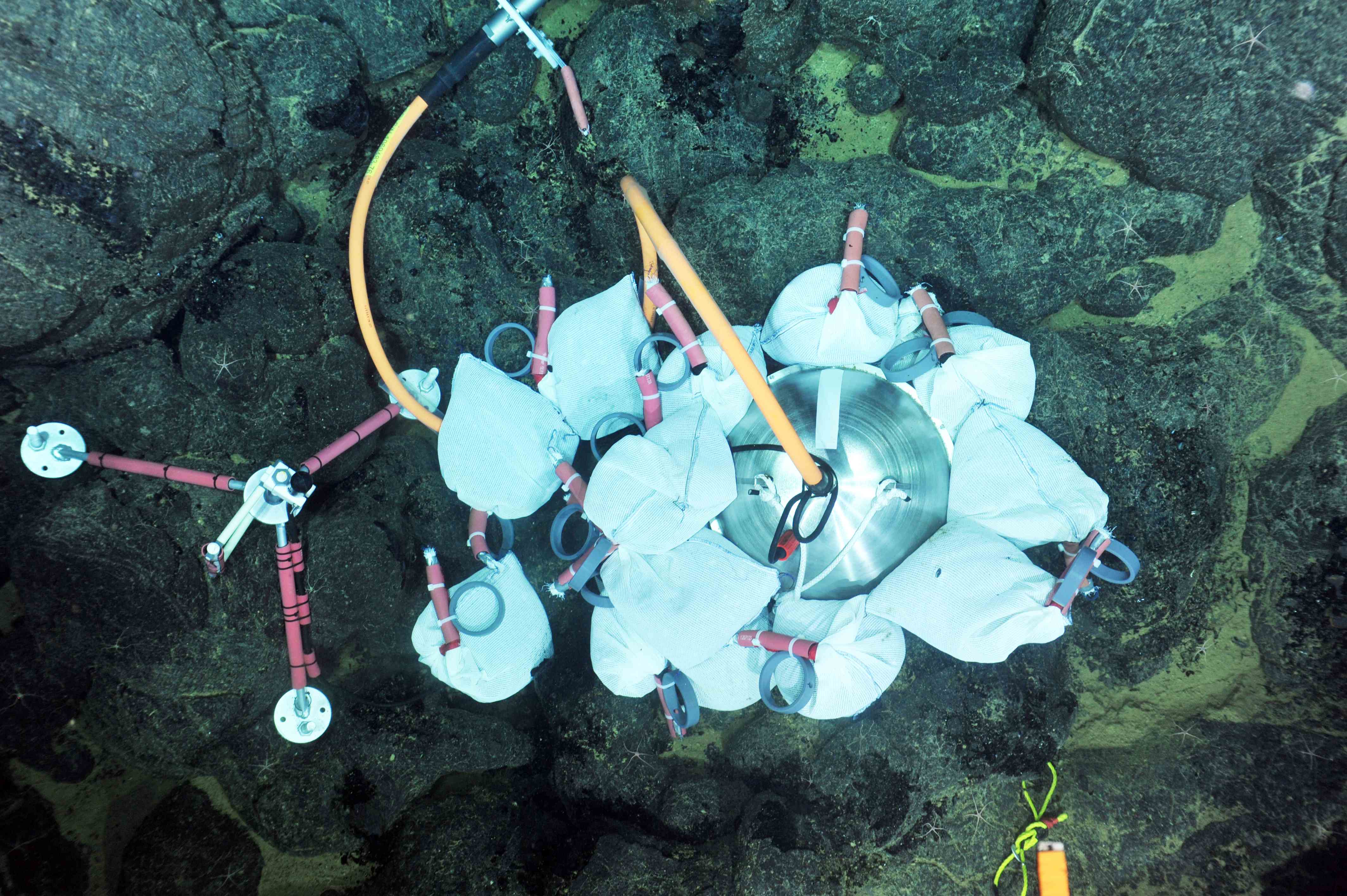 Broadband seismometers measure seismicity/earthquake activity along tectonic plate boundaries where fundamental processes act to shape the face of our oceans: large-magnitude subduction zone earthquakes, localized earthquakes associated with faulting and spreading events along mid-ocean ridges and fracture zones, and seismicity due to migration of melt (magma) beneath underwater volcanoes. Over 70% of the volcanism on Earth occurs along mid-ocean ridges.

Five of these instruments are now installed: one each at Slope Base, at the base of Axial Seamount, at the summit of Axial Seamount at the Eastern Caldera and the Central Caldera sites, and one at Southern Hydrate Ridge where methane is venting from the seafloor. The array of OOI broadband seismometers are primarily installed to detect earthquakes along the subduction zone of the Oregon margin and at Axial Volcano, as well as smaller earthquakes associated with gas release, melt migration, and hydrothermal upflow. Because the seismometers are cabled, and therefore connected directly to shore, they can provide detection of earthquakes in real-time.

The sensors are in a titanium housing, and in sedimented areas (Slope Base, Southern Hydrate Ridge, and at the base of Axial Seamount), the s

eismometers are buried beneath the seafloor sediments in 60 cm deep X 60 cm diameter caissons (cylindrical retaining structures filled with silica beads) to obtain the highest quality resolution of seismic waves. At the summit of Axial Seamount, there is little sediment, and therefore the broadband seismometer is installed on basement rock, and surrounded by gravel-filled bags.

During a 24 hr period between April 23-24, 2015, ~8,000 earthquakes were detected at the summit of Axial Seamount, indicating a seafloor eruption was occurring. Much larger arrays of cabled seismometers and pressure sensors are being utilized offshore in Japan to provide early warning detection of seismic events such as the 9.0 magnitude megathrust Tohoku event and tsunamis (Dense OceanFloor Network System for Earthquakes and Tsunamis – DONET).

Instrument Specifics: The broadband seismometers are manufactured by Guralp, instrument model Guralp CMG-1T 360s-50Hz with CMG-5T Strong Motion, DM24/7-EAM Digitizer/Interface and Low Frequency Hydrophone (HTI-90-U). They have an Ethernet (10/100) interface, and are synced to pulse per second timing.